The sky is the limit!

The National Victor Boin trophy, which rewards the sports achievements on international level of an athlete with a disability, goes in 2012 to Michèle.
It is the first time that this trophy goes to a rider.

The trophy was given to Michèle on 20 February 2013 by Princess Astrid, in the Sportimonium, in the Bloso-domain of Hofstade-Zemst. Michèle gets this awards thanks to her fabulous results since 2009, with as highlight double gold on the Paralympic Games of London 2012.

The Victor Boin trophy is an organization of Roger Boin and the Sportimonium. An athlete with a disability can win this award, that has been given out since 1974, only once in his/her career. 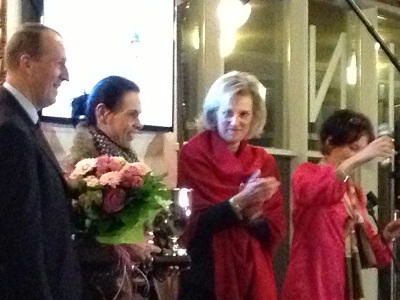